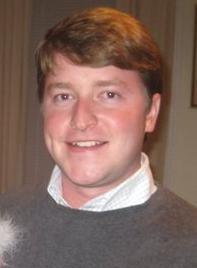 One was the Queen of the track, the paddock dancer, the dark beauty. The other was a lesser known Claiborne colt that was a late bloomer, off an injury as a 3-year-old, never taken seriously until just a few months earlier after an impressive win in the Whitney Handicap at Saratoga.  The day was November 6, 2010 at Churchill Downs. The race was the Breeders’ Cup Classic.  It was 2:02 and change I’ll never forget.

Zenyatta was a beast, a freak in every sense of the word.  Some say she spotted horses leads merely to challenge herself down the stretch – playing with her competitors.  She had already won a Breeders’ Cup Classic the year before in her home state of California and had strung off 19 victories in 19 lifetime races.  This was a once in a lifetime horse – if only to see in person.

Churchill Downs was packed that day into the evening where the Classic was run under the drama of the lights.  The Zenyatta Army, a horde of turquoise and pink wearing old ladies ran amuck throughout the grandstand, jockeying for position near the winner’s circle as they prepared for pictures of their hero, in her last race ever, finishing on top.

That day as you all know was never to come.  Zenyatta gave a huge lead away to another outstanding horse and the wire came a few strides too early.  Blame had won.  She had been playing with California fillies all year and this time she got burned.  Some say Mike Smith’s “bad ride” did her in (just check the youtube comments).  A small minority say Blame won that race as the best horse that day.  Either way, the Zenyatta Army and Hollywood execs everywhere did not get their storybook ending.

I was there.  In full disclosure – I’m a relative of Al Stall Jr.  We were on the 5th floor watching with family, completely freaking the bleep out.  No one has ever made it from the 5th floor to the track faster than my uncle, Al’s brother, me, and a contingent of New Orleanian ne’er-do-wells.  I believe my uncle may have broken an old security guard’s hip at one point as there was no stopping this whirlwind.  As we skipped down the dirt track toward the winner’s circle we heard silence.  Then a smattering of boos.  An odd feeling, letting everyone down by winning (Al’s buddies from New Orleans doing “WHO DAT?!” Saints cheers on the track couldn’t have helped).  No matter, we celebrated by our lonesome late into the night, cheering for a trainer who had put in 20+ years of toiling at smalltime Louisiana tracks and having at times an uncanny knack at hanging onto bad luck.

The TV coverage rightfully focused on Zenyatta that day, and perhaps Al Stall Jr. did not get the accolades he deserved.  Art Stall, Al Stahl, these are relatively common mistakes I hear to this day.  Maybe – just maybe – with another spoiling victory in a classic — folks will know how to spell his name?

Days from now a horse by the name of Orb will come to the Pimlico Race Track as a huge favorite in the Preakness.  The derby winner will be challenged by a Claiborne horse trained by Al Stall Jr. by the name of Departing, a gelding this time and another late bloomer off an injury as a 2-year-old.  Impressive in winning the Illinois Derby, will he have what it takes to pull off another shocker? Will people remember his name then?

Orb’s connections are all class.  Zenyatta’s connections weren’t any type of villains either.  Orb legitimately has a shot at the Triple Crown this year.  Any sane racing fan would want that, right?

Well, you know which side of the aisle this guy sits on.  Giddy up.