What a ride the America’s Best Racing Tour has taken me on so far… But it’s only the beginning. As the ‘second season’ of our tour kicks off officially tomorrow in New Jersey, I am doing my best to get in the “Garden State of Mind.” From everything I’ve heard, Monmouth Park in Oceanport, NJ is a very pretty racetrack just minutes from the beach. I figured I would go ahead and answer a few questions those of you readers may have about the first stop of my upcoming trip… 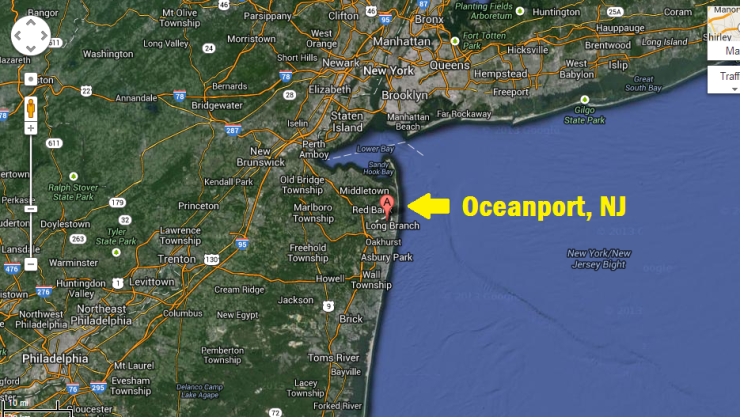 So where exactly is Oceanport, New Jersey? It’s about an hour to an hour and a half south of NYC and about two hours Northeast of Philly. It’s also about 45 minutes East of New Brunswick, the home of Rutgers University. Oceanport is a small touristy town with a population under 6,000. It borders Long Branch, NJ, which is actually where the hotel I will be staying at is located. Long Branch has a population of about 30,000.

Will I be doing any fist-pumping while in New Jersey? I’m not going to rule it out just yet. However I have learned that New Jersey natives absolutely hate being associated with anything related to the MTV reality series Jersey Shore. This was not shocking to me, but I did want to make somewhat of a spoof video where all of our ABR Ambassadors spend a day at the track acting as if we were each a character from the hit show. I doubt it happens, but hopefully we will do something funny incorporating Jersey Shore into our visit.

So what are New Jerseyans proud of? The Boss. Bruce Springsteen is probably the most famous musicians to call New Jersey home. In fact, while talking with Brian Skirka, a New Jersey native who handles marketing among other things at Monmouth Park, informed me that as the horses are walking onto the track before the Haskell, they play the Springsteen song “Born to Run” every time. Hence how we decided on our Twitter/Instagram hashtag for the event: #BornToRun.

What should we expect from this weekend’s racing? A show. Sunday’s $1 Million Haskell Invitational brings together the Preakness winner Oxbow for Hall of Fame trainer D. Wayne Lucas and Hall of Fame rider Gary Stevens; Wood Memorial winner Verrazano, who last out won the Grade 3 Pegasus Stakes for trainer Todd Pletcher; Power Broker, who handily won the Easy Goer Stakes last out at Belmont and is trained by Hall-of-Famer Bob Baffert, who has the most wins for a trainer in the Haskell (6) and has conditioned the last three Haskell winners; Golden Soul, who ran second in the Kentucky Derby this year for trainer Dallas Stewart; Micromanage another Pletcher trainee that is coming off a win in the Long Branch Stakes at Monmouth; and who knows who else might show up for this mid-summer showdown deemed “where champions prove their greatness?” 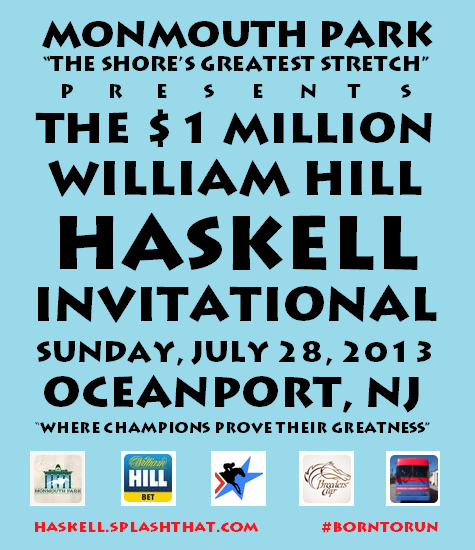 Want more on the Haskell? Check out these links: