Our second day in Louisville, KY began with a visit to this place called Churchill Downs. Apparently it’s some track where they have a big race this weekend… Ha but seriously, we were fortunate enough to have a Jockey Club Suite under the Twin Spires on Wednesday to host some young professionals, bloggers and even a band! 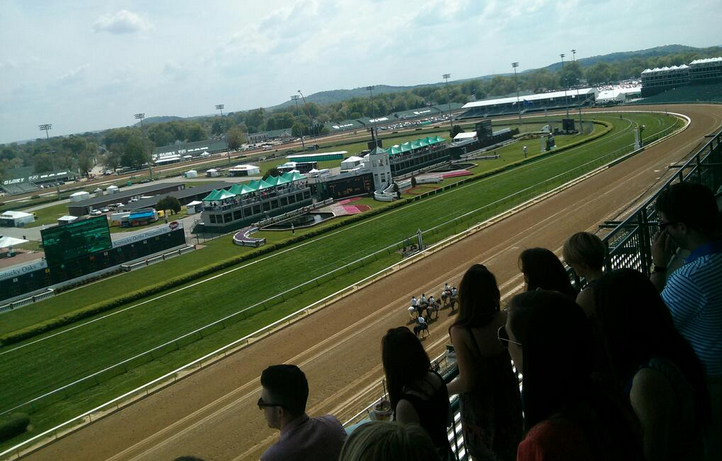 As you can see we had a great view. I am the only ambassador to have experienced the infield prior to this visit, and the others joked about how small it looked from up on the fifth floor… They’re in for a surprise. Before it all got underway though, Chip and I got a chance to see the Derby favorite, Orb, schooling in the paddock…

If you didn’t already know, we as ambassadors conduct a ton of research prior to each visit in order to link other fun social aspects in local culture to horse racing in some way. Yesterday we hosted bloggers from Lou What Wear, Searsucker + Saddles and Louisville.com. There were also a couple of guys we hosted from the U of L athletic department. Being a die-hard University of Kentucky fan, I typically would have no business associating with any Cardinals, which just goes to show you that horse racing can truly bring anyone together. They were actually really nice guys who really enjoy the sport.

The band that came to check out the box was A Lion Named Roar, a Louisville-based band that was recently listed on MTV’s Buzzworthy Blog. The band had so much fun at the track, they decided to follow us to Fest-a-Ville downtown on the Waterfront to check out the ABRV, which eventually led to an impromptu acoustic performance!

The band drew in a solid group of fans to the bus and Mary Frances got a great video interview with the guys that we will upload on our followhorseracing.com website later today. All-in-all the Fest-a-Ville was very successful for us in regards to exposure of the bus and getting people signed up for our contests. Toward the end of the night when foot-traffic slowed down, I had a little fun with one of those creepy horse head masks at the end of the night. 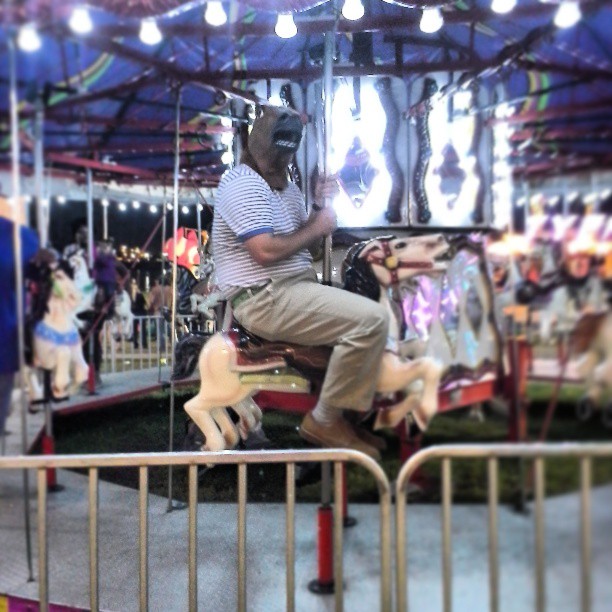 They also did the post position draw for the Derby at Churchill, and here is a look at the field of 20 that will compete for the Roses on Saturday in front of 150,000+ 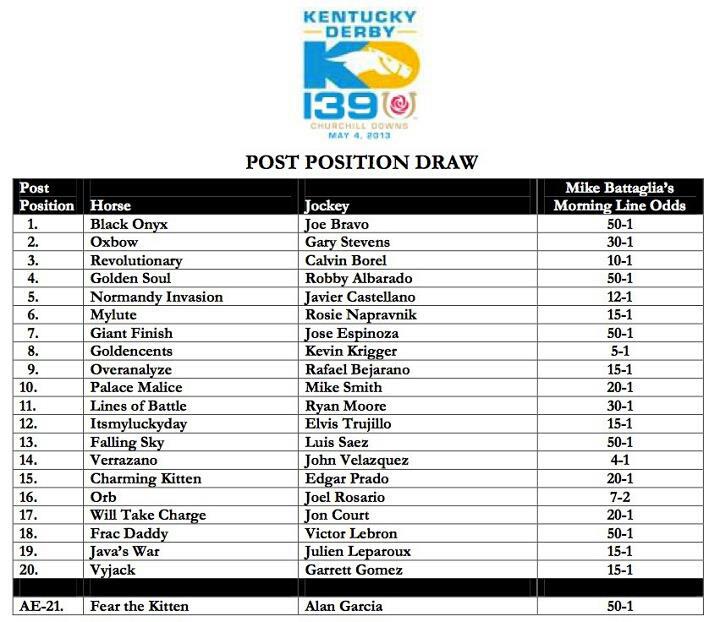 Thursday should be another exciting day as we have some great interviews lined up at the track and a celebrity poker tournament to attend tonight. Giddy up.

1 thought on “ABRV in Louisville: Day 2”